This section includes important and informative articles on real estate topics plus updates on new listings, sales, and list price changes. [Note: unless referenced, these articles are exclusively written by and copyright of Kelly Grant - REALTOR®️ at MaxWell POLARIS]:

How the Game is Played: 2 Players or 3 Players as Individuals; or in Partner Groups with 4 Players or 6 Players

Starting: Each group turns up any three cards out of their group’s 18 cards, with one card from the deck flipped up. The player clockwise from the dealer begins first. See example: 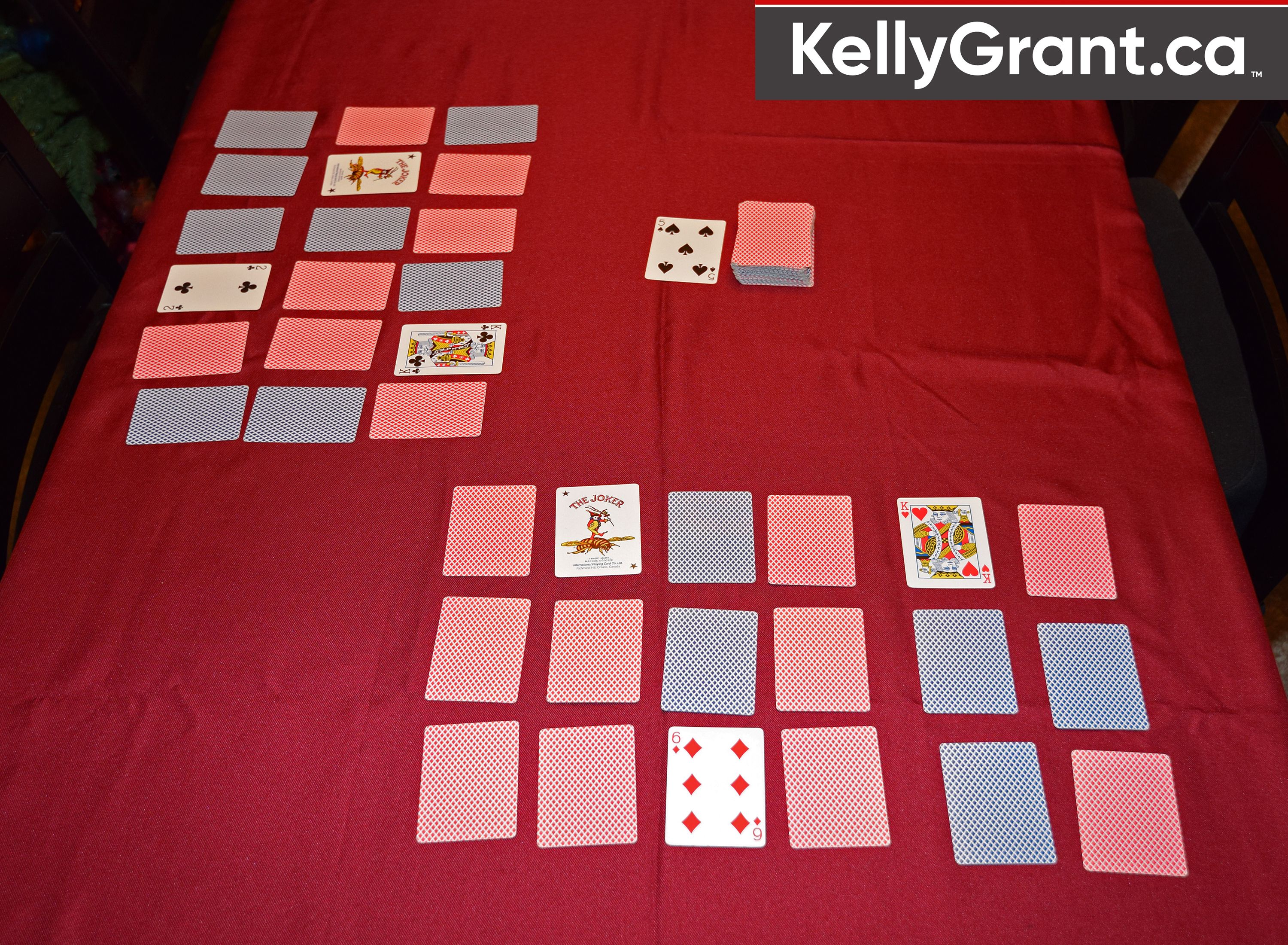 
(a). Take the discard pile top card, or a new card from the deck, and replace a card out of your group of 18 that is face up – you must then discard selected face up card; or


(b). Take the discard pile top card, or a new card from the deck, and replace a card out of your group of 18 that is face down – you must then discard selected face down card; or


(c). Leave the discard pile top card, discard the new card picked up, and then flip up one of your group of 18 that is face down. Your turn is finished, go on to the next player.


[Note: once a selection is made to replace (and discard) a face down card, you cannot change your mind and keep the face down card once you see what the card is].


Finishing: Once one group has ‘holed out’ by turning up all 18 of their cards, then all other players (including the group partner of the player who holed out) gets one more turn to try and hole out while scoring more under par and / or minimize their damage over par.


Scoring: Once the game is over, all cards from each group of 18 are flipped up and each group scores all of the rewards and penalties that they have accumulated, as follows:


(a). Each column having three cards the same (i.e. slot machine) scores zero points (i.e. three 10s, three 5s, three Jacks, etc.) and players should avoid columns of all Jokers, or all Aces with an Ace of Clubs, etc. since a ‘zeroed column’ eliminates any albatrosses, eagles, and birdies in the column.


(b). For columns which finish the game without three of the same cards, scored as follows:


(c). Any player that has: two columns side by side in which all six cards are the same, scores a huge bonus of 18 under par for the columns (i.e. -18 equivalent to a sextuple albatross).


(d). The winner is the group that has the lowest score (i.e. under par, can be most negative points or the least positive points) accumulated. The goal is to accumulate low scoring cards and as many columns of three that are the same to maximize under par and minimize over par.


(e). In the rare case of a tie after 9 (or 18) holes, extra hole playoffs will commence with the tied groups for as long as necessary until a winner is determined. 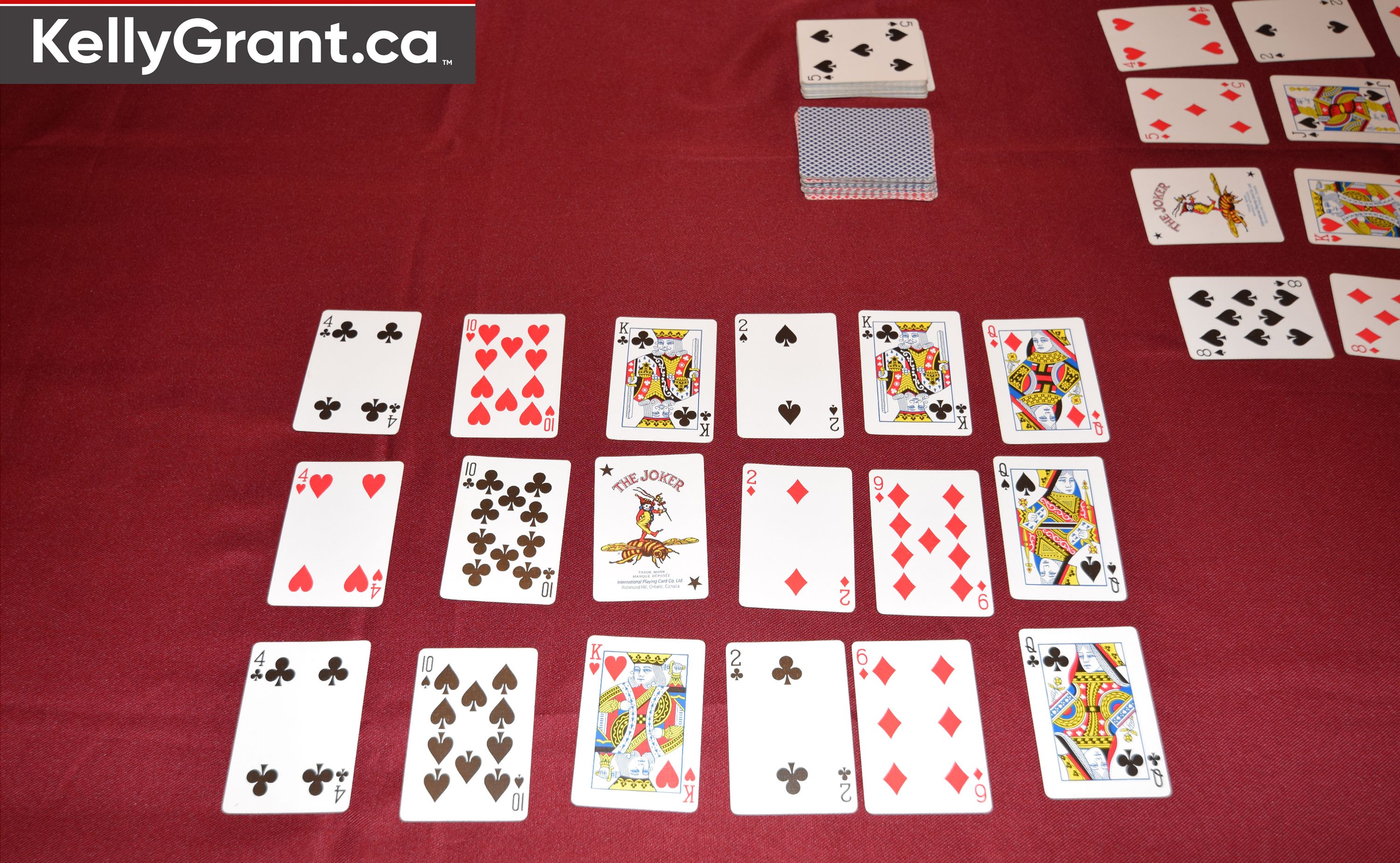 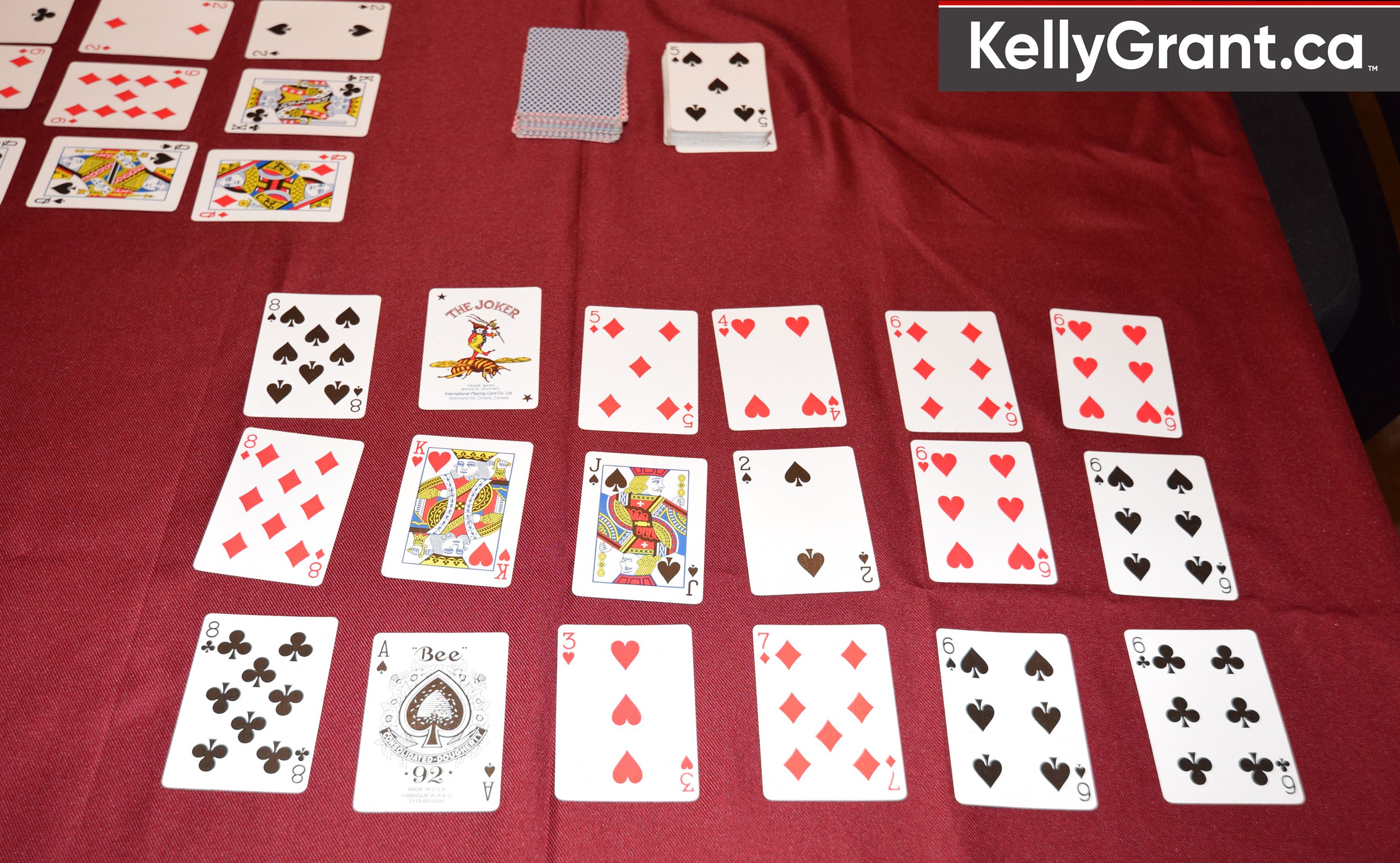 
(b). Match Play – add up the number of holes won by each group over 9 (or 18) holes. A player or group wins the hole by having the least number of points for that hole.

(a). Handicapping - if you find that one player or one group is consistently better at winning than the others, try levelling the playing field by allowing the 'less skilled' player or group to 'request a handicap' which would allow turning up one or two extra cards at the beginning of the game with a better chance to win!

Final note: it may take a few holes to understand and appreciate how the game works – perseverance is definitely worth it. Hint: for easy counting when a hole is over, try to separate and offset the over par and under par counters … use a calculator if you need to!


'Alberta Deluxe Cards Golf' is a Game Created and ©2020 by Kelly Grant, REALTOR® at MaxWell POLARIS in Edmonton, Alberta, Canada

This entry was posted on December 29th, 2020 by Kelly Grant | Posted in General

Under The Sun of Italy